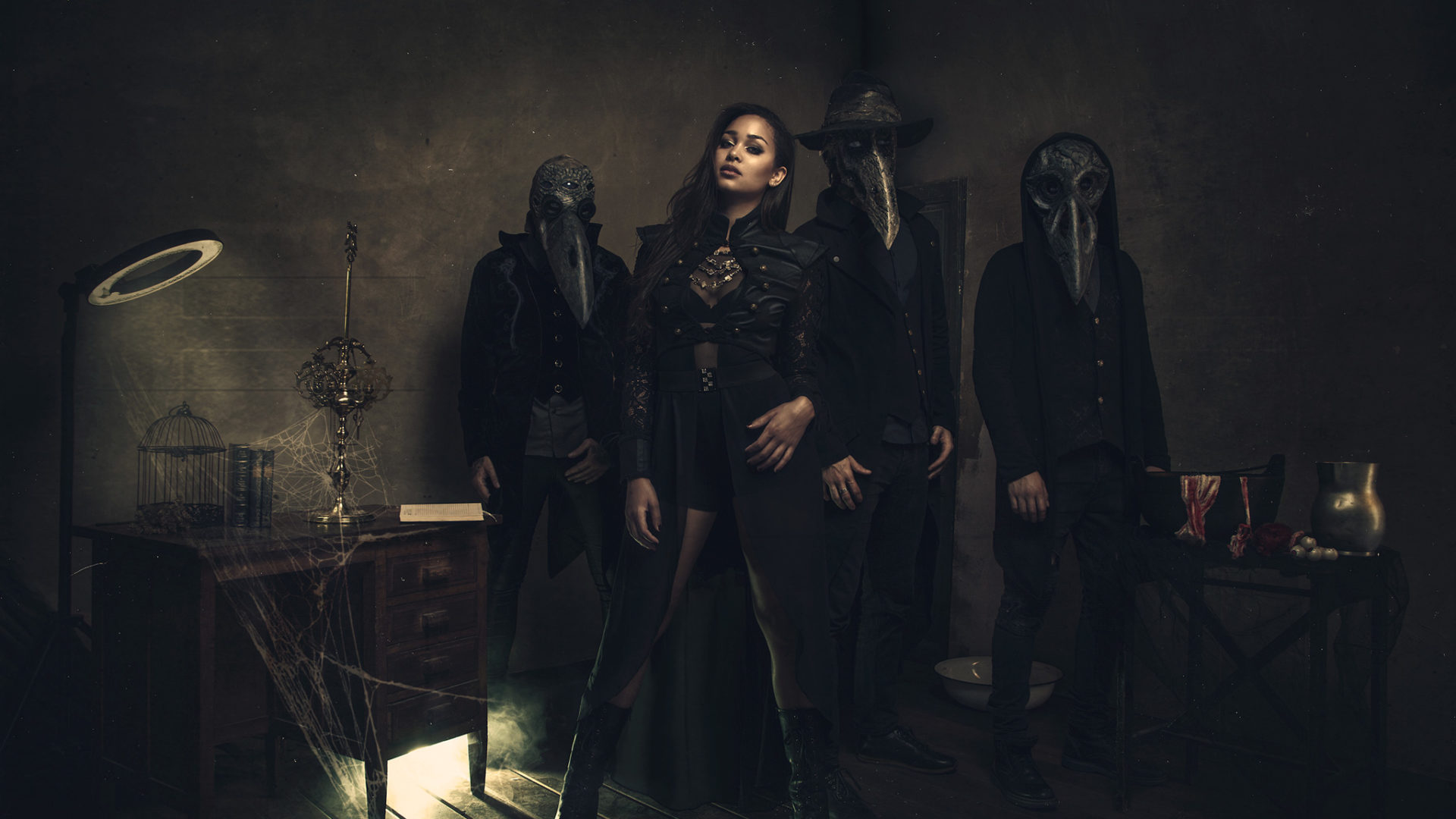 Born in Falun, Sweden on June 21th 1977, Jonas started music when he was around 10 years old, learning his first chords from his father. Growing up during the 80s, he got really into hard rock and heavy metal at an early age. Sitting at home, practicing the guitar and trying to learn his favorite songs by himself on the guitar for a long time until a friend of his asked him if he wanted to join a band as a bass player. At the moment was 16 years old and had never played the bass before. His friend didn’t know if he could play at all but Jonas had the right look “long hair and a leather jacket”. Jonas accepted and started playing the bass which quickly became his main instrument.
This was the starting point of so much more for Jonas. He got interested in band management and development and has since the late 90ths worked full time in the music industry, helping other bands and being crew member beside playing himself.

Through the years, Jonas played and toured with many bands like, Orphan Gypsy, Ninja Dolls and Mary Fay. In 2015 he joined the Swedish Cyber Metal band Follow The Cipher which released their debut album in 2018 on Nuclear Blast Records and have since then toured with bands like Lordi, Amaranthe, Warkings and Beyond The Black.

His journey through time at first led him to Stockholm Sweden. The black death (started in Kina 1334) had just hit Europe and therefore, Sweden. Jonas with his skilful charm managed to get a job as a doctor and chemist for the Swedish king Magnus Eriksson (1316 -1374).

The King ordered him to find a protection or cure for the Black Death. Jonas started experimenting on victims of the plague. The experiments were often brutal and painful for the victims and always ended in death. He enjoyed this work very much and got obsessed with it! His obsession to get a cure for the black death made him look into dark arts and witchcraft! He even did experiments on himself and anyone willing to try a cure. He was completely obsessed by his mission.

However, the Swedish King couldn’t stand by and support this brutal experiments anymore and ordered his royal guards to execute him. But what the King didn’t know was that Jonas had eyes and ears (literally) everywhere in the palace and he found an opportunity to sneak out of and run away before the guards could find him. His obsession had taken over completely. He decided to travel and find more people like him… and here we are…